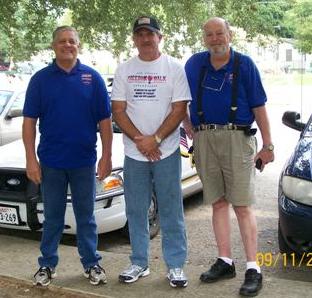 The Citizen’s Patrol consists of trained members of the LPD Civilian Auxiliary (LPDCA) who patrol the community in a department-provided specially marked vehicle. The Citizen Patrol will operate primarily as the eyes and ears of the LPD. The Patrol will provide extra visibility, presence, observation, and detection for the LPD. We will never be able to stop crime completely, but we can sure make criminals avoid our community for fear of apprehension.

Citizen Patrol members are not to become directly involved in any police incident other than being a witness and providing support as directed by a police officer. LPDCA volunteers are not to take action or confront suspicious persons or those engaged in possible criminal activity. This is to ensure the safety of the volunteers. Volunteers are encouraged to interact with citizens while on patrol. It is important for LPDCA members to understand that they have no special authority or powers other than those of an ordinary citizen. LPDCA members are a vital part of safeguarding our community and increasing the quality of life because they are part of our community and have a real interest in keeping it a great place to live.